New year, new post. In this third, and most probably final part of these tutorial/guide series I will be mentioning some useful commands and programs usually present in most standard linux installations. I will be talking especially about programs/commands to manipulate text output from programs and files. I will also talk a little bit about regular expressions, a powerful tool to perform searches inside text strings.

So the year is coming to an end, and I didn't follow up on the first part of these mini tutorial/guide/introduction. Might as well end the year on a good note and write at least one post this last month.

Recently I decided to introduce a friend of mine to the wonderful world of Linux, and like when someone moves to a completely new town, you have to help that friend get around town and learn about how things work in this new town, where are all the places of interest, etc. And so it is, in someway, when someone decides to make the move to a new OS, they have to get used to the new environment and make new habits, especially regarding Linux. Therefore, I decided to write this tutorial for my friend, and anybody who decided to try Linux, and want to learn to use more effectively, that is, with a higher level of skill than an average user.

There are many reasons why you would want to use a VPN, especially in this day and age. The major one would be to securely and more privately surf the web, but that is far from the only reason. I for one use it as well to be able to set up a remote network with my desktop PC while I'm away from home, so that I can access all of my files through SSH. There are a ton of other reasons as to why a VPN could be useful, but that is not the topic of this post, rather I will be writing here about to set up your own VPN (yes your own!) on a VPS, or any other kind of linux server for that matter, using OpenVPN.

I am no designer by any means, I mostly prefer to deal with the technical side of things. However I do appreciate when things aren't an eyesore, and most importantly regarding technology, when the design doesn't get in the way. That is, I value more UX, than an overtly designed UI.

After some months without much free time, I finally could sit down a week ago and start working on an update to my blog engine that had been sitting on my to-do list for quite some time. This update brings improvements and new features to w3blog.

We all know that in this day and age security is an important factor when developing sites, and not only. Also let's not forget about that sweet Google SEO which rewards sites which use https instead of the old http (Although I couldn't care less about Google, however some people I might work with do, and I bet most of you reading also care).

Sometimes a program may suggest to you something, and you may following said program's suggestion, because, why not, you trust the devs because they've done an amazing job developing the program, and heck, they should know what they are doing with their tools. 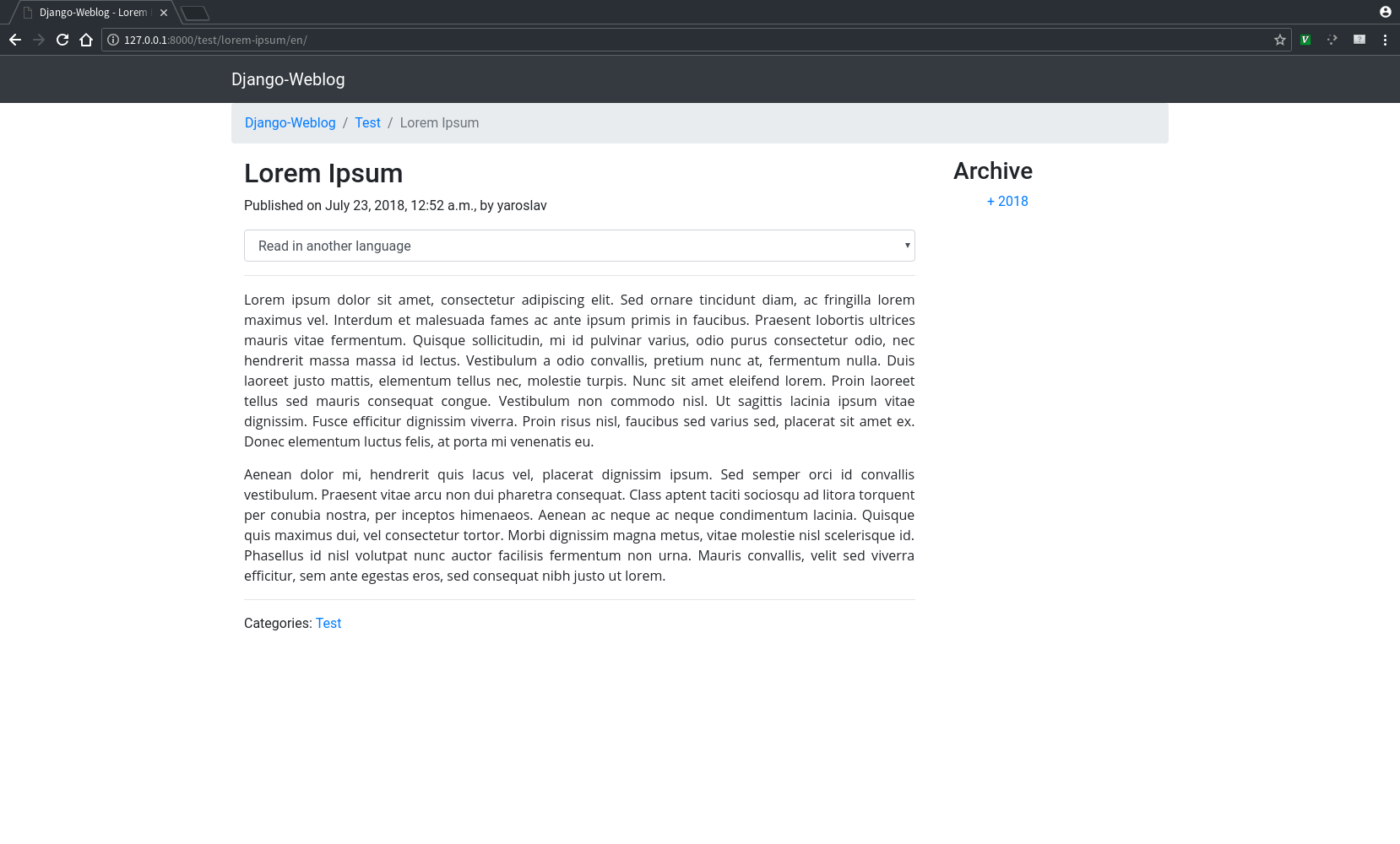 In this post I will be explaining how to use my blog engine for the Django framework, w3blog.

Welcome back, this post is a continuation of the previous post in which I wrote about how to initialize and setup a Django project for a personal site with blog locally. Now we will be focusing on the juicy part, getting your site deployed so that everyone on the interwebz can get to see the fruits of your sweat and blood.